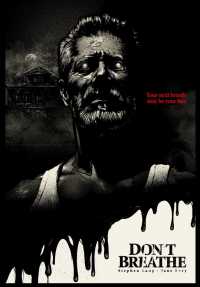 Don’t Breathe is a 2016 American horror thriller film directed by Fede Álvarez, and co-written by Álvarez and Rodo Sayagues. The film stars Jane Levy, Dylan Minnette, Daniel Zovatto, and Stephen Lang, and focuses on three friends who get trapped inside a blind man’s house while breaking into it. The film was produced by Ghost House Pictures and Good Universe. The film premiered at South by Southwest on March 12, 2016, and was theatrically released on August 26, 2016, by Screen Gems and Stage 6 Films. It received largely positive critical reviews and grossed over $157 million.