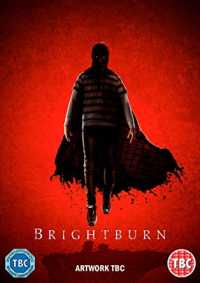 In 2003, Mark Millar penned a three-issue series of “Superman” comic books that hinged on one big idea: what if baby Kal-El crash-landed not in the American heartland, but in Cold War era Ukraine? David Yarovesky’s “Brightburn” offers a similar twist on the superhero mythos

albeit one less refined and much, much ickier: what if Superman was a murderous asshole? Produced by James Gunn (who has done both actual superhero films and his own twisted “Super”) and written by two of his own brethren (brother Brian Gunn and cousin Mark Gunn)

the film’s bent towards revisionist superhero history is certainly compelling, but stuck in the confines of the horror genre, it flames out far more than it flies

The Gunns’ decision to riff on the Superman story is ambitious enough, and that’s to say nothing of how transparently they go out about it: the film opens on a sleepy Kansas farm, where husband and wife Kyle (David Denman) and

Tori (Elizabeth Banks) are again attempting to make a baby (not sure of the pair’s inability to conceive based on their conversation? direct your eye to the half-dozen books about infertility that the camera lingers on for far too long). Suddenly

the house shakes, the ground rumbles, and a flaming red object crashes just outside their barn.